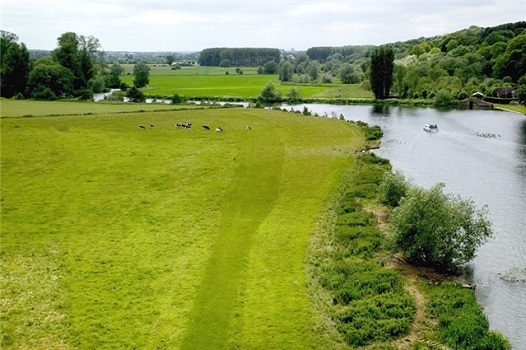 A nice stretch of the river that starts at the downstream end of Buch Ait and runs past Hallsmead Ait and The Lynch down to Phillimores Island and the mouth of Borough Marsh Stream, a distance of approximately three quarters of a mile.

Good catches of bream and skimmers can be had from pegs 1 to 7, with chub being the main quarry on pegs 8 – 21 facing Hallsmead Ait. Do not ignore the inside line on these pegs, as there are plenty of fish to be had on the pole or waggler, especially as the roach start to show in late summer early autumn. Pegs 21 to 25 are on one of the wider stretches, and most fish come from the inside, that is if you disregard the barbel that can be caught from the middle “The Platforms” pegs 25 – 30. These pegs are opposite The Lynch, and as before chub can be caught against the island. Fish can be caught in the inside and from the middle of the river, but this area can be fickle. However, come the winter, this is the area for the pike.
Image

Deeper water is to found at pegs 32 to 44 and most fish are caught in the first third of the river. However, barbel are often caught along this section, and some big bream reside in the area opposite the boathouse. As the river narrows toward Phillimores Island, just upstream of the island can produce 100lb bags on the right day. The pegs along the island all produce chub and the occasional unseen “monster”. Probably carp, as they can be seen in Borough Marsh stream in the early season. The last peg on this section is one of the favorites for producing big chub, bream and plenty of other fish to make a good mixed bag.

Please approach the river keeping tight to the fence lines and then walking along the banks. 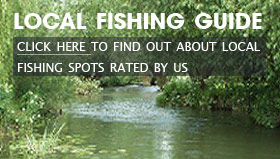